Artist Spotlight: Lily Padula of Artists for the People 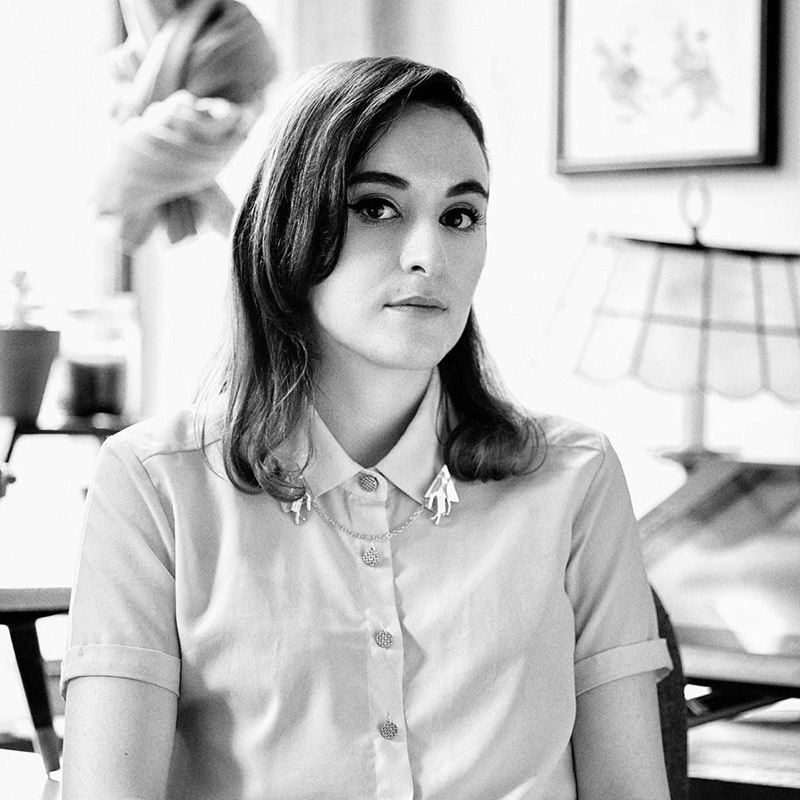 Like most kids, Lily Padula loved to draw. She spent her childhood growing up in a beach town outside of New York City where she excelled in school and imagined she’d take a pretty traditional career path. Then an art teacher encouraged her to pursue art professionally. Her parents were also very supportive of the idea, so Lily went to the School of Visual Arts in New York City to pursue a degree in illustration. One sought-after position when she was starting out was being an editorial illustrator for newspapers or magazines, but shrinking budgets at many of these organizations had led to staff cuts. Lily didn’t let that discourage her. Instead of trying to land a staff job, she went the freelance route.

“To be a freelancer, to be an illustrator, you have to be multi-faceted and wear a bunch of hats,” Lily said. These days Lily does a lot of editorial work for major newspapers like The New York Times and The Boston Globe. But she also works online in the world of native advertising and sponsored posts. Lily has a diverse client roster, which includes companies like Universal Pictures, Spotify and Converse. She encourages young artists to carve out their own careers. This could mean drawing comics or zines, as Lily and many of her friends do either for clients or themselves. “Find what makes you happy drawing-wise,” Lily said. “More likely than not there’s a way to make money at it.” 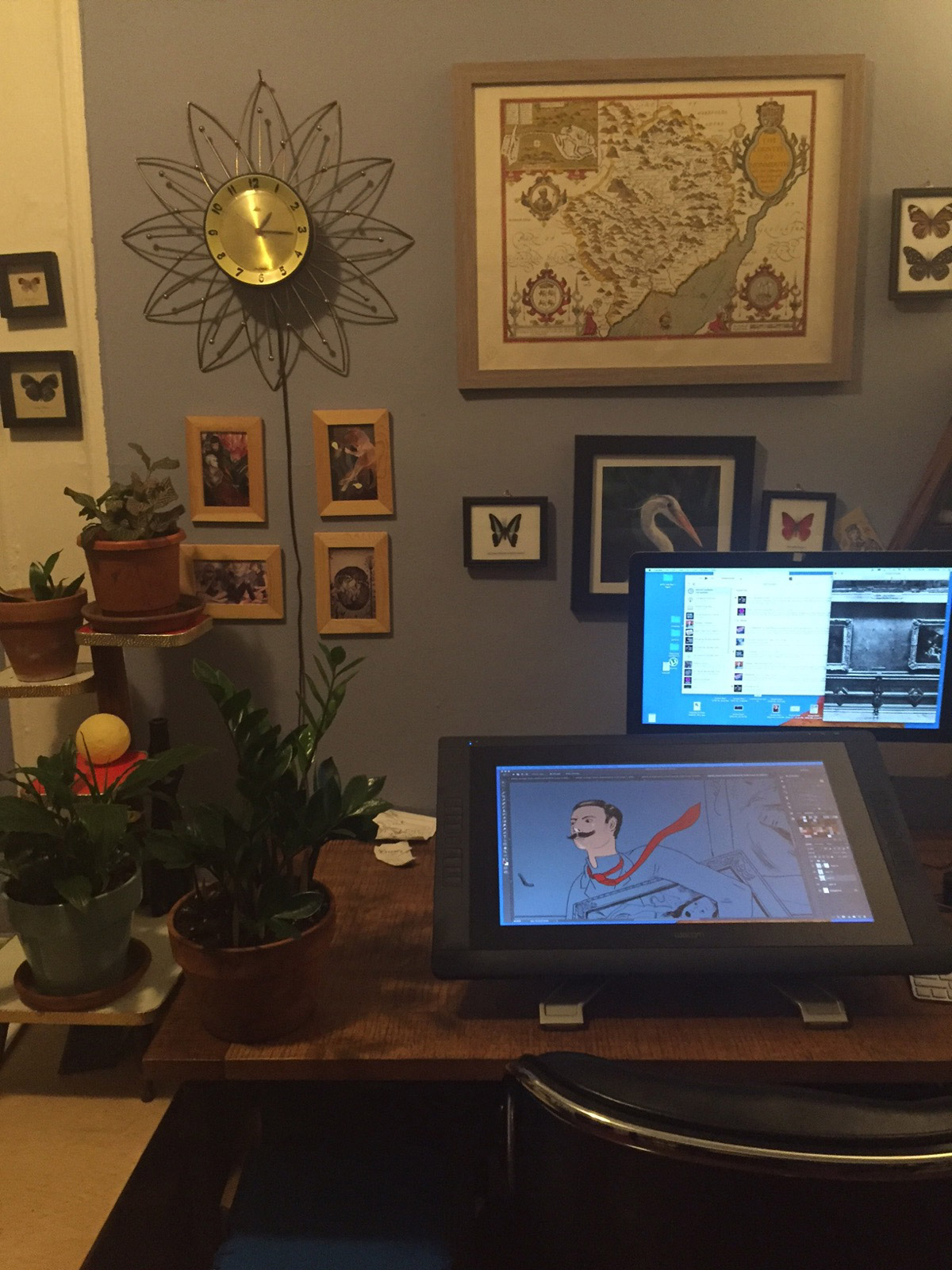 Lily knows this firsthand. She said that in college she wasn’t the best draftsperson, but over time it became clear to her that you don’t have to draw a human figure perfectly to be a successful illustrator. It’s more important to be able to work with color and have good composition. Lily positions herself as an ideas-oriented artist, which helps a lot when she’s working with clients. When Lily starts on a project, she comes up with word lists and associations for the idea she’s trying to convey in the image. Then she creates lots of small thumbnails to nail down the major elements of the composition before taking it to the sketch phase. She used to do this with paper and ink, but now Lily does all of her work digitally.

“I tend to take more time in the sketch phase in client work and less in personal work,” Lily said, “My personal work tends not to be so much about quickly communicating a specific idea. It tends to be more about mood and narrative. I’m trying to figure out a way to do that more in my professional work.” Lily’s professional and personal work have different styles, which is important to her. In her client projects, she tends to use brighter colors and more complex compositions, while her personal art focuses more on darker, more eerie themes, like a zine she did about UFOs and the paranormal. Pursuing her own work on the side is critical for Lily. “It’s really important to help your professional work grow," she explained. "You have to keep yourself interested.” 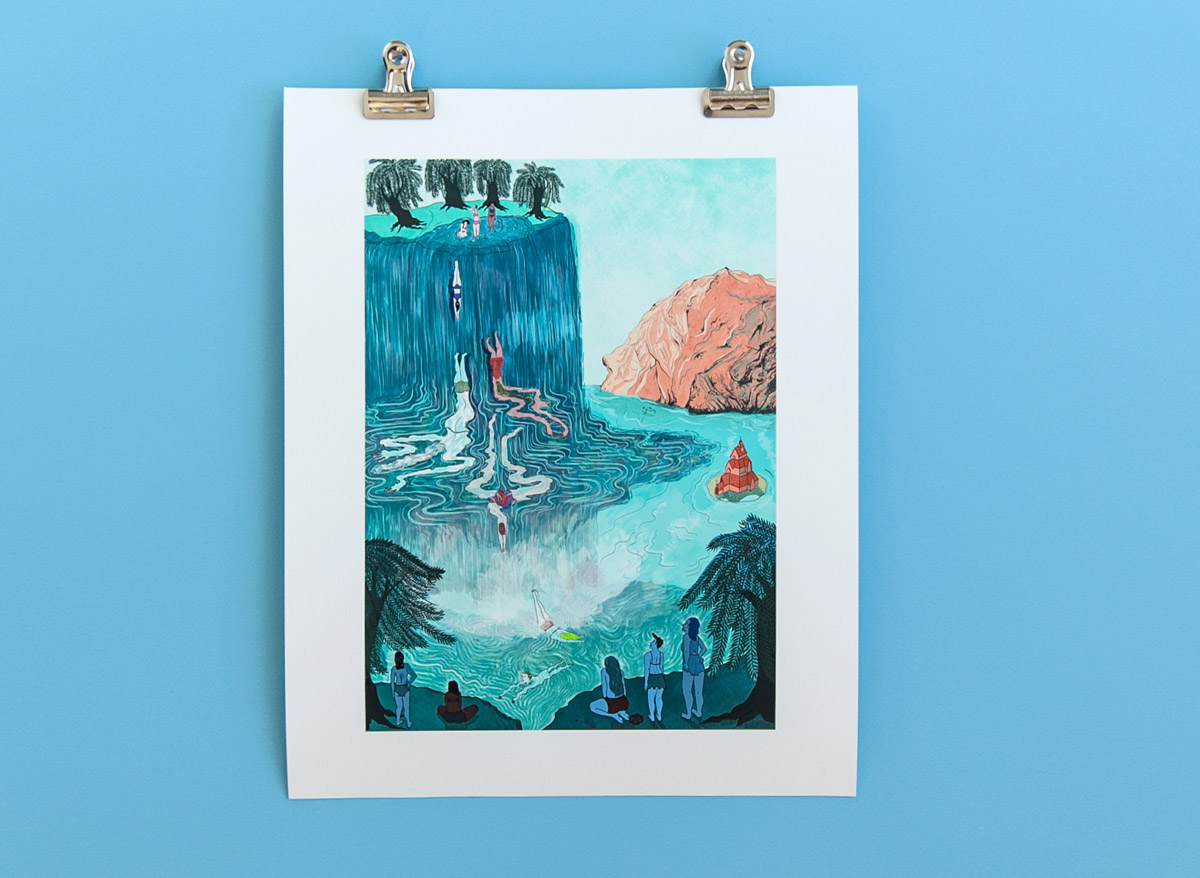 Like many freelance artists, Lily works out of her home, which is in Brooklyn. She lives with her boyfriend, who is also an illustrator. Lily finds both support and inspiration in the New York City artist community. “A good portion of my friends are illustrators and we refer each other for jobs,” Lily said. “I go to them with struggles, to get some extra eyes on [my work]. In general there’s a lot of other illustrators here and it’s inspiring to be around that energy.”

Illustration tends to go through trends and styles that go in and out of popularity. So while Lily does draw inspiration from her fellow contemporary artists, she also looks to other time periods and mediums to get the creativity flowing. “The museums here are incredible,” Lily said of living in New York. “You can go to the Met for free and look at beautiful paintings to get inspired.” Even when inspiration isn’t at hand, though, sometimes you just have to keep going. “There’s a myth going around that you can only work when you’re feeling inspired,” Lily said. “But you just have to power through no matter what and keep making work.”

Sometimes creative hurdles need a little more breathing room. Then it’s time to walk away for a bit to let the project breathe. “Being in nature is helpful, if you’re feeling overwhelmed,” Lily said. “My parents live in a small town near the city. I go out there and clear my head, to get away from the usual grind.” It also helps to have hobbies outside of making art. When the weather is nice, Lily enjoys walking and riding her bike around Brooklyn. She also loves cooking and reading science fiction, dystopian and true crime books. She recently finished The Devil in the White City by Erik Larson. Travel is also important to her, whether she’s jetting off to London, Los Angeles or Toronto for work or play. And when Lily is really stuck, she relies on some advice she received in college. Someone told her to “make lists of things you like to draw. Go to that and make some doodles. You’ll have an ever-expanding vocabulary of things you can draw.”

This helps a lot when Lily is between projects; a freelance career comes with a lot of work that has nothing to do with making art. “The running the business aspect of it, doing promotion, being productive. It’s striking a balancing act between creating and managing,” said Lily. “You gotta keep at it and not be discouraged by the nature of freelancing.” This is what attracted Lily to INPRNT, where she’s been selling art prints since 2013. 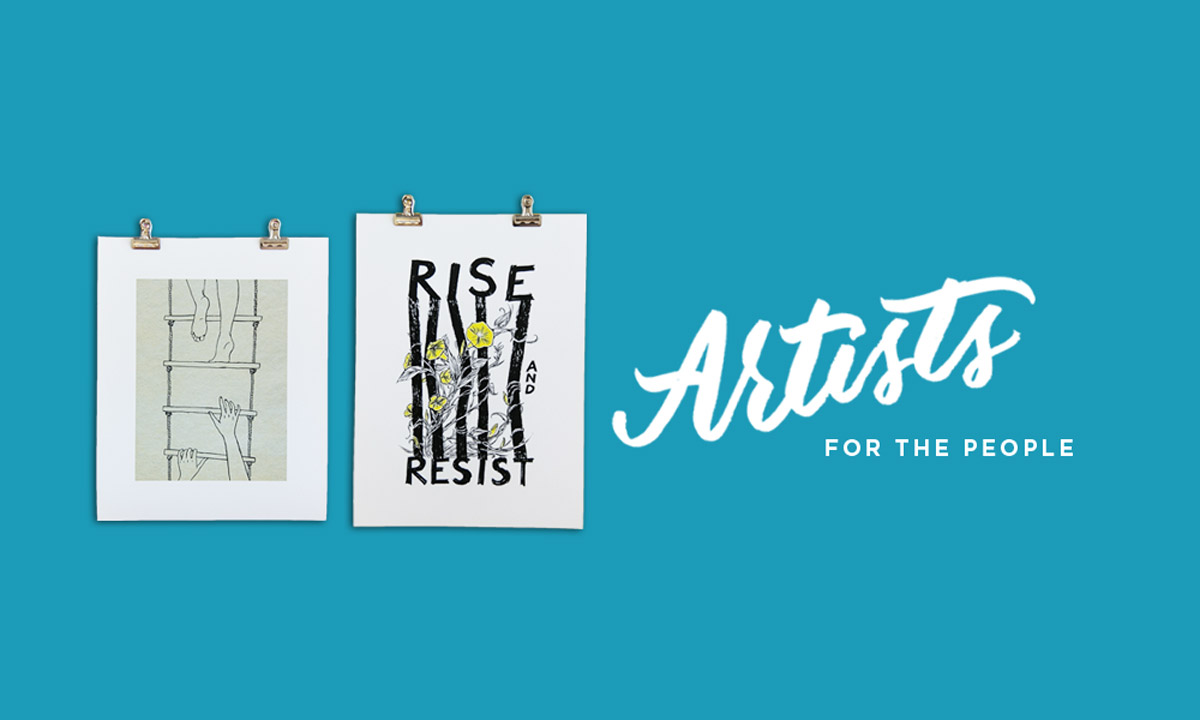 Rungs by Alice Rutherford and Rise and Resist by Charis Loke

“I had seen other illustrators and artists selling prints there,” Lily said. “For a while I was trying to make and ship prints myself, but it was a huge time-suck for not that much money.” Lily also appreciated that INPRNT was curated, leading to a higher level of work across the site. “It also had a better rate between artist and supplier. I was impressed with the printing and how easy it is. It’s totally worth the fee that they take.” Being a part of the INPRNT artist community also helped inspire Lily to create Artists for the People, a community of artists selling affordable prints to raise money for organizations doing important work in the US. Each month, a new group is chosen to receive all of the profits from the prints sold through Artists for the People, plus a 10% match through INPRNT's charity donation program. 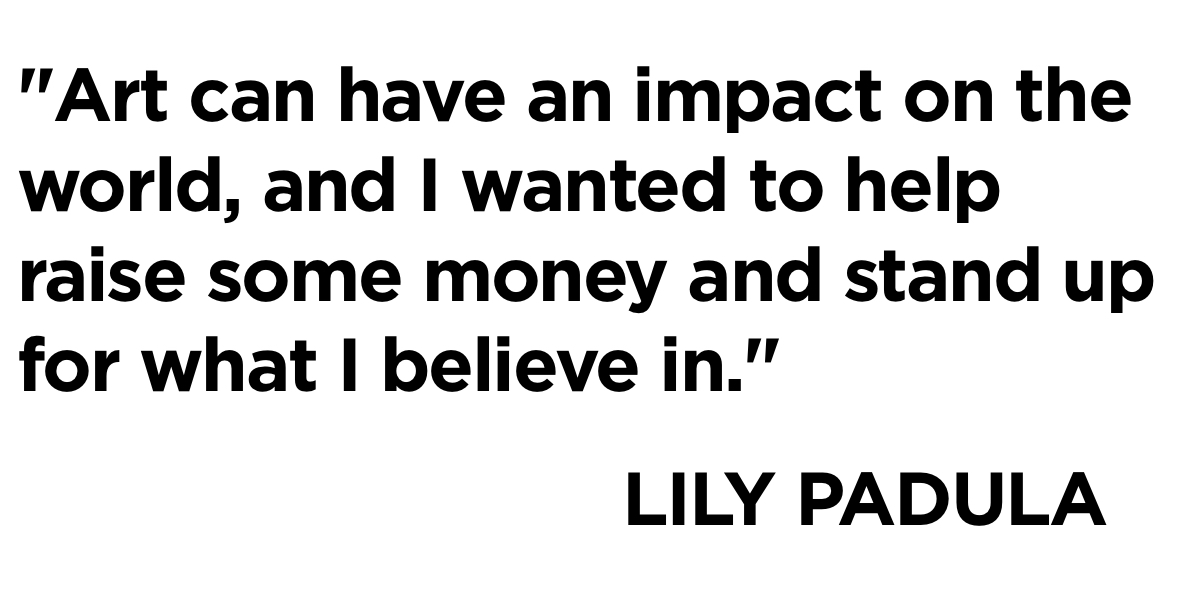 “I was horrified on Election Day. I woke up feeling sick and wondering, what can I do? I’ve been using INPRNT for a while for my own personal shop, so I’m going to contact them and see if I can get people together to raise money this way,” said Lily. Artists for the People has already had a great response from artists who want to contribute their work to raise money for important causes, listing dozens of prints for sale in a variety of styles and themes. Some of the prints are political, but many are not. All of the prints will help the work of groups like the ACLU, which was the project's first beneficiary. “Art can have an impact on the world,” said Lily, “and I wanted to help raise some money and stand up for what I believe in.”