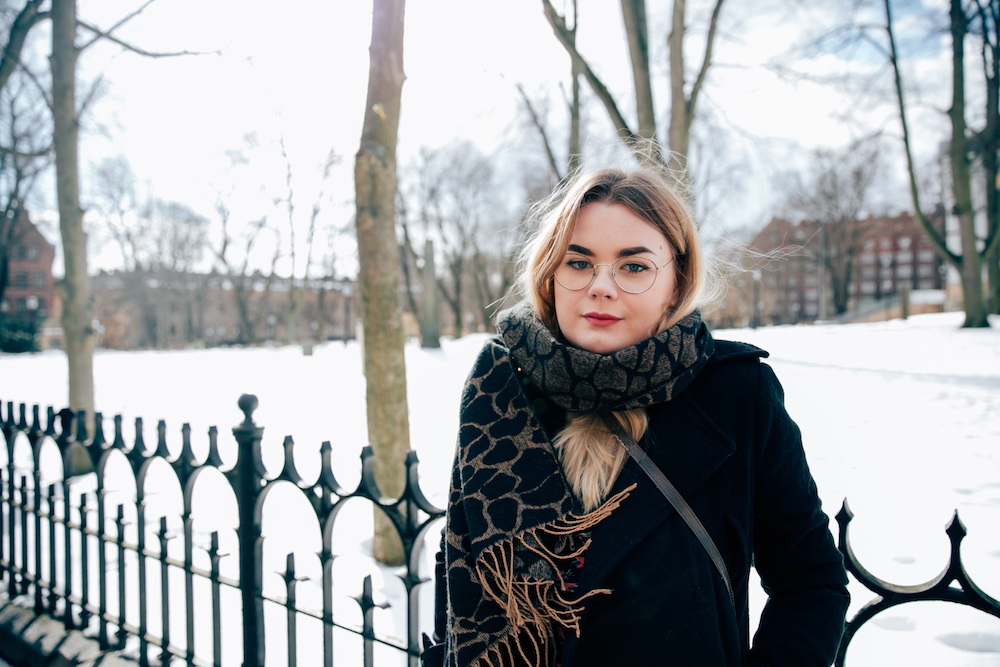 Felicia Wahlström lives in a small Swedish coastal town called Gävle. Known online as Harteus, she is a digital painter whose classical style is made unique with a dark modern touch. She is one of just a few artists in Gävle. “My city has always painted itself as a culture hotspot, but I don't know if that's necessarily true,” she explained. “We have a small community for artists, a couple of places to check art out and workshops here and there. It's not a large community, but the ones that do exist are really dedicated and full of love and passion.”

Harteus has found connections with other artists and supporters around the world by sharing her work online. “I think my entire art career is based on my online presence. Without social media no one would see my paintings, so I owe everything to it,” she said. “I think it's not uncommon today to base your career around Instagram or other image sharing sites, it's how you get out there today, but it also adds the dimension of being able to handle your accounts and updating regularly, which I'm bad at doing. It's not only about art, it's about marketing yourself as well.”

She originally started painting with watercolors and drawing with pencils as a child, then transitioned to digital mediums at 13 years old. “I made the switch in my early teenage years, mostly driven by the inspiration I had gotten from other digital artists that I had seen online. I wanted to try it out myself and it stuck with me,” she said. “My first ever digital drawings were made with a mouse and rendered completely with the dodge and burn tools. I got my first tablet not long after. The first years of trying digital painting was such a hit and miss process."

At that time, Harteus envisioned herself growing up and going to art school abroad. She enrolled in an art-oriented high school, but soon faced personal difficulties that caused her to leave. “I went to high school with an art orientation, which meant we had a lot of different art classes. Unfortunately I only went there for about a year until I had to drop out because of mental health issues,” she said. “When I realized life wasn't going to pan out exactly the way I had imagined it, it broke something inside of me. Since then I've absolutely learned that it's okay to walk the longer path.” 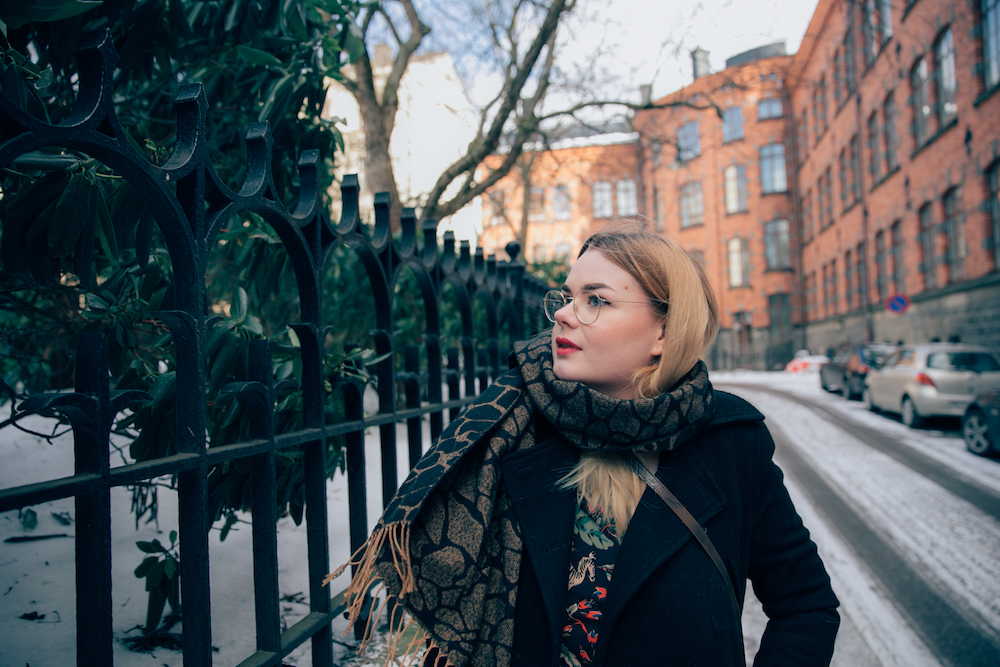 Harteus never gave up on becoming an artist. She received art education through local folk high schools and is now in an online education program, balancing personal work with her studies. “A typical day for me is sleeping in a little longer than I probably should, cruising around in my underwear and studying or drawing with breaks in between while listening to music,” she said. “Since I'm currently studying on distance I don't really have anywhere to be at the moment, so I do spend a lot of time at home. I do get a lot of work done though! I have a desk set up by my window where I have my laptop and tablet, so the best place for me to work is definitely at home, by my desk.” 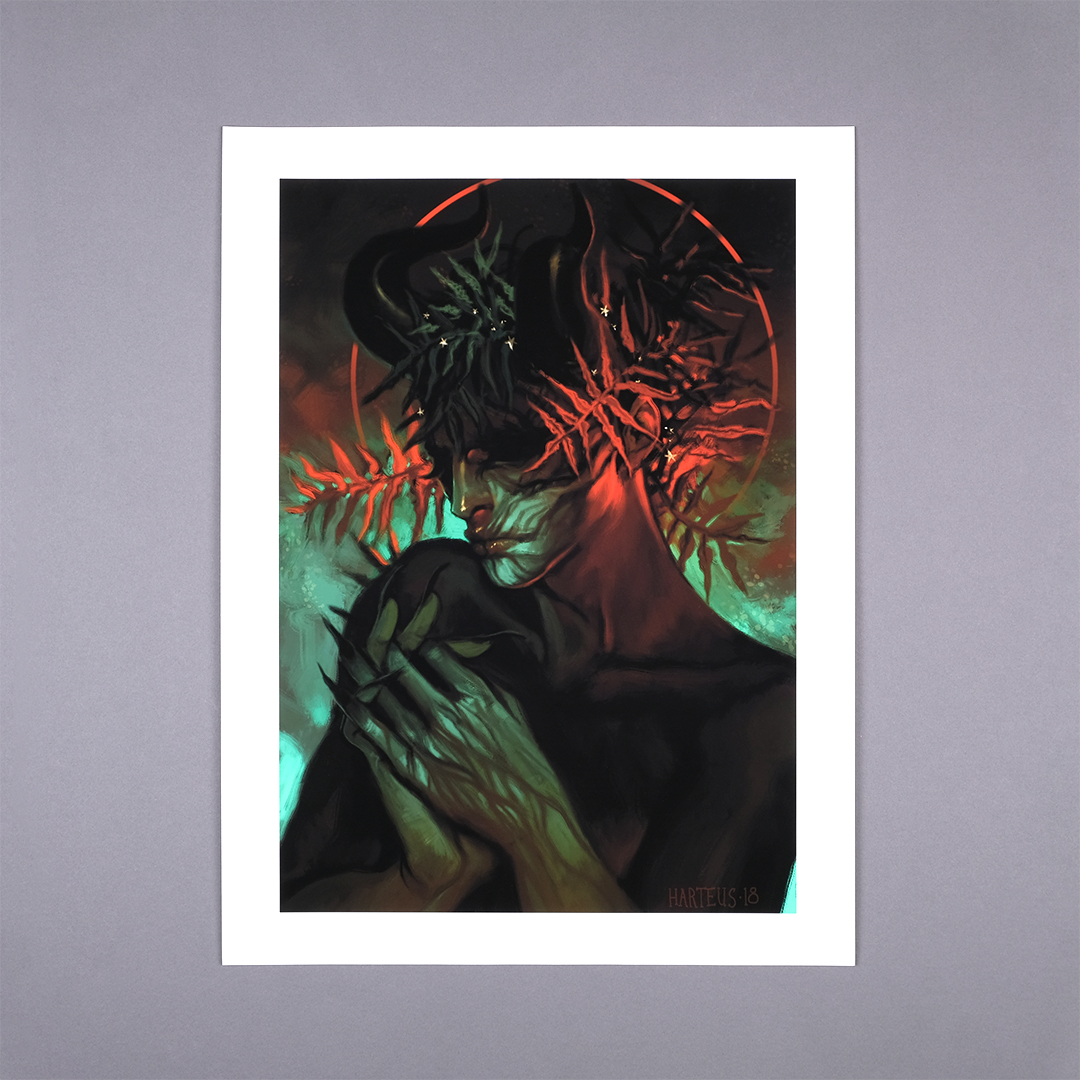 She strives to incorporate traditional techniques into her digital work. “I'm a digital girl through and through. It's been a long time since I sat down to paint or draw traditionally,” she said. “It makes me sad sometimes though. I do struggle a lot with the idea of digital art not being ‘real’ art, something that has been implied over and over by countless art teachers and others around me. Since I also truly love the technical craftsmanship of traditional art, I've sometimes felt like I have cheated my way through with my digital art. The only kind of middle way I've found that works best for me is trying to apply some of the traditional techniques to my digital work.”

For Harteus, the misconception that there is a lack of craftsmanship in digital art is one of its biggest downfalls. “I know it isn't true,” she said. “Digital art is just as any other medium. You still need skill, technique, and knowledge to be able to pull it off, just as it is with traditional painting.” She acknowledges that working digitally allows artists more room for mistakes and experimentation. “One of the advantages with digital work would probably be how easy it is to redo, undo, or edit something that's off. In those rare occasions where I actually sit down to draw with a pencil, I almost instinctively look for the undo button when I make a mistake.” 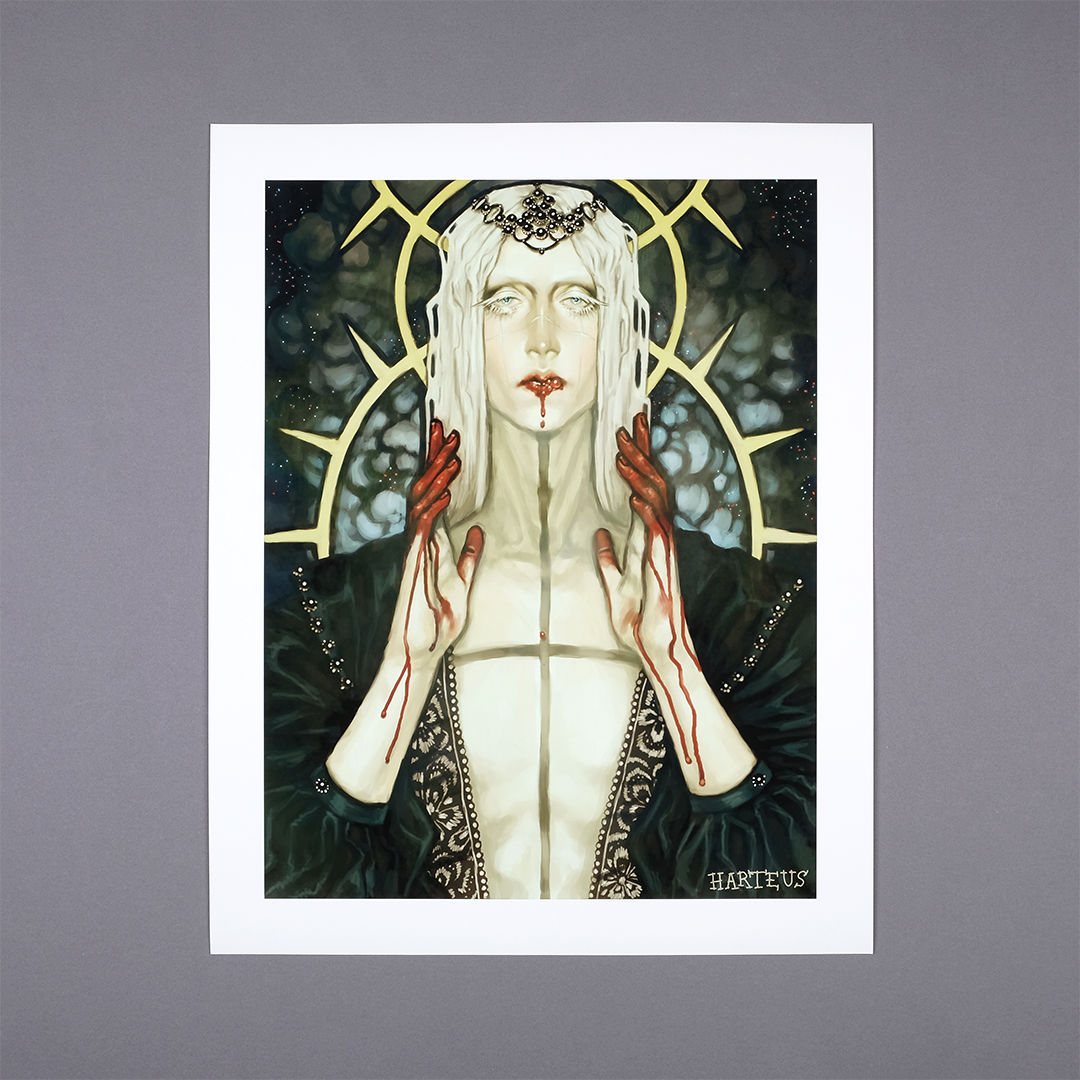 As she developed her technique, Harteus also began to establish her style and discover which themes she enjoyed most. “I've always been inspired by Renaissance art, romanticism, and the classical world. Myths, history, and religion all have fantastic imagery associated with them, something that I've always felt very inspired by. I'd say my art is a kind of combination of all of those things, but made digitally and featuring subjects and themes I find interesting, be it a TV show or feminism.” She usually chooses dark themes and a color palette of jewel tones. “I would describe my color palette as warm and deep. I mostly work with deep yellows, golds, wine reds, and bottle greens.”

She has a distinct and recognizable style. Her evolution as an artist has happened organically, with Harteus trusting the process and learning from each piece without internal pressure or perfectionism. “I've always felt really secure in the thought that as long as I continue, I will get better,” she said. “Whatever I make I know I'll learn something from it, and without even really trying you pick up on all these little clues and mistakes which will help you with the next piece. For me it's a very carefree, fun process where I fully trust the knowledge that I'm constantly evolving as long as I keep going.” 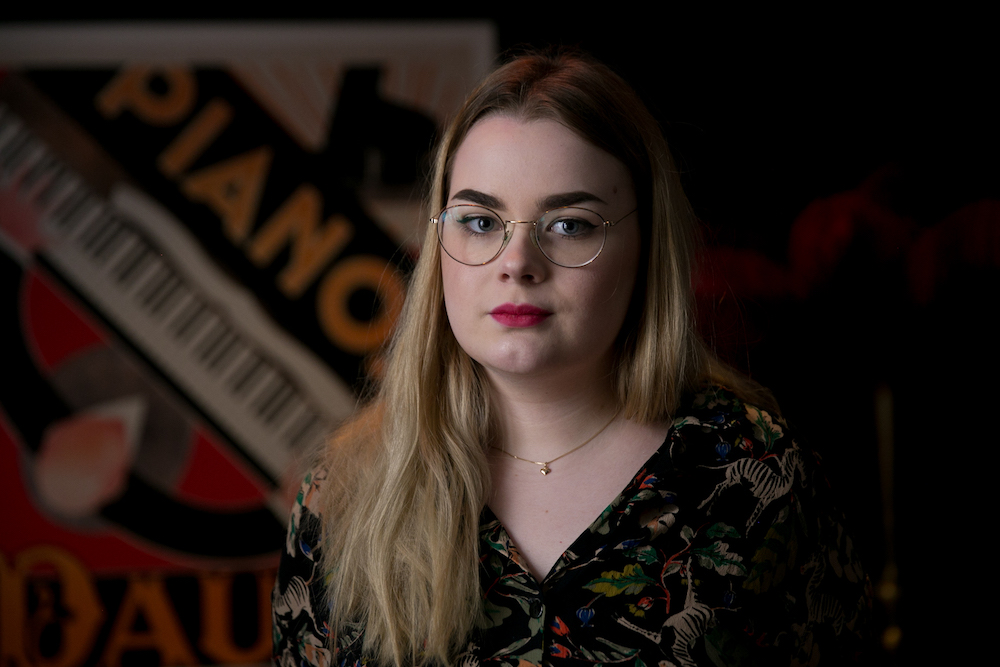 Harteus is also inspired by seeing her work in print. Her piece called Vampyr was included in a compilation artbook in 2015. “It was a huge deal for me and I'm still so thankful for that opportunity. It was, not surprisingly, an artbook with a vampire theme, something that's absolutely up my alley. It's dark, romantic, mythical. Themes I adore. I put so much effort into that piece, and seeing it in print was something out of this world.” Vampyr and other works by Harteus are also sold at INPRNT. “When I was researching which print site to sell my prints on, I decided INPRNT was the best one. It's so easy to use, straight forward, you get a great cut and the quality of the prints are amazing.”

Commissions are another important source of income, and Harteus embraces challenging requests. “I enjoy everything about working on commissions. I love getting a task and to then try and make it my own. I love the contact I get to have with the client, discussing the art and what changes to make. I've always felt like some of my biggest moments of learning has been through commission work, and I love it when I get the really big, complicated ones. It forces me to think outside what I usually do.” Besides commissions, Harteus pushes herself artistically with sculpture, knitting, and origami. She is also expanding her online presence to include video content, such as speedpaints and live streams. 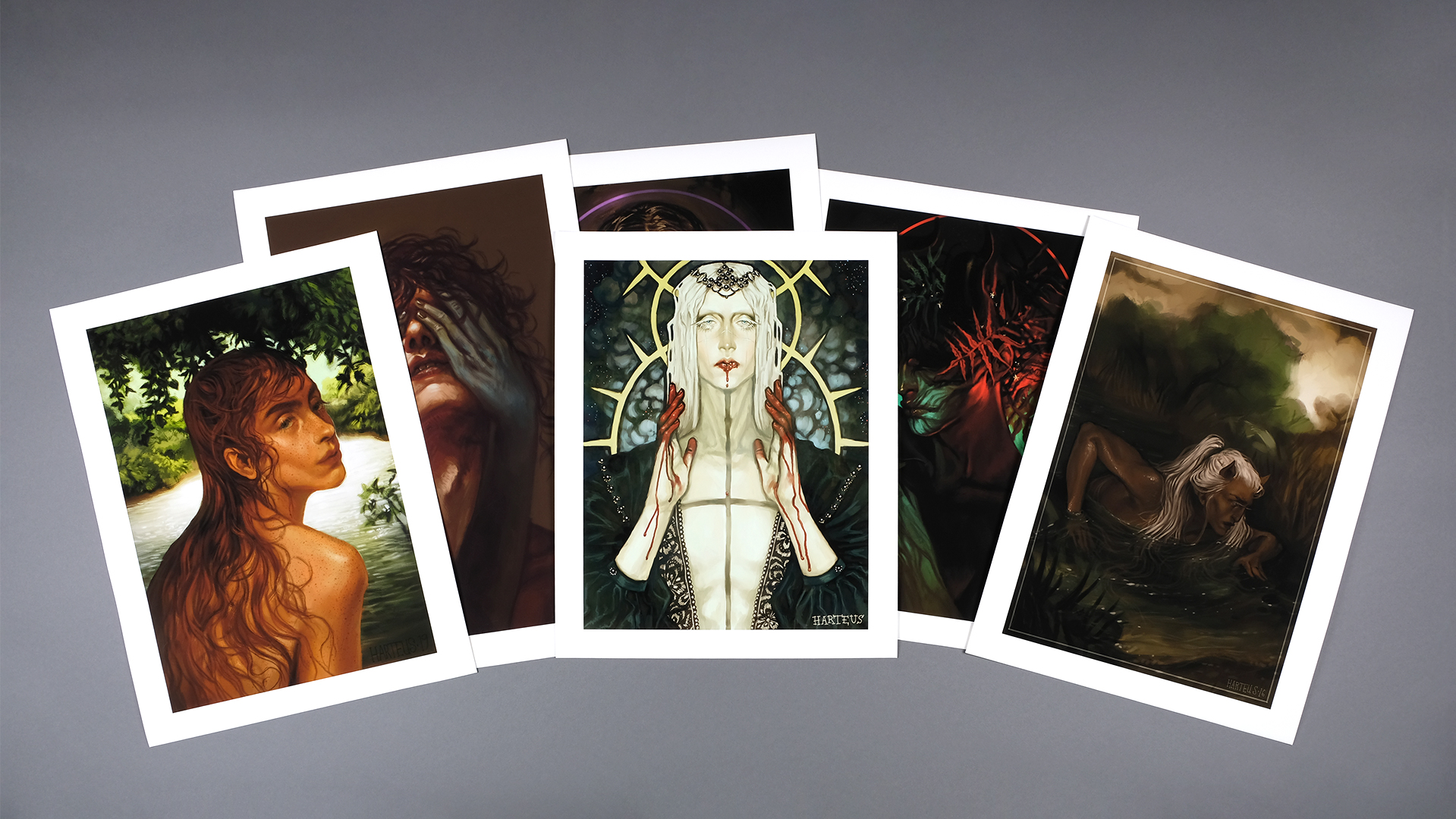 “I believe I started streaming live sometime during 2014, which eventually turned into making speedpaints. I haven't done a speedpaint in a while now, but I aim to make more in the future and make it a bigger part of my artistic presence,” she said.  “It's something special to see someone's process from start to finish. It's quite intimate to let people see the mistakes you make before ending up with the final piece. I have one in particular that I actually haven't posted yet. I like it so much because it starts as something completely different from what I end up with. It's such a long process and you can really see me changing my mind several times.”

Seeing an artist grow and change is like watching a painting come together step by step. Harteus likes to reflect on her older work, relishing in the memories and feeling inspired by her progress through the years. “I really enjoy looking back at my old work, not only because it lets me see how far I've come, but also because I feel like they're reflections of myself from the time they were made,” she said. “When I look at my old work I can really feel what was going through my head when painting it. They mean a lot to me, and I regularly look back to get a sense of myself and where I'm heading.” 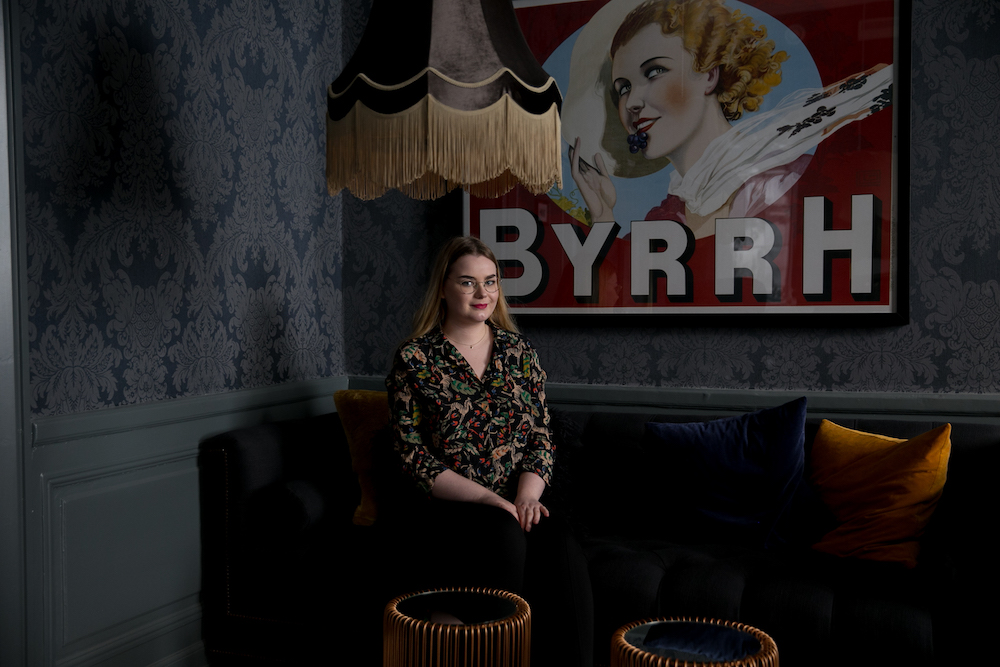