Ending Soon: Save 15% off your entire order! 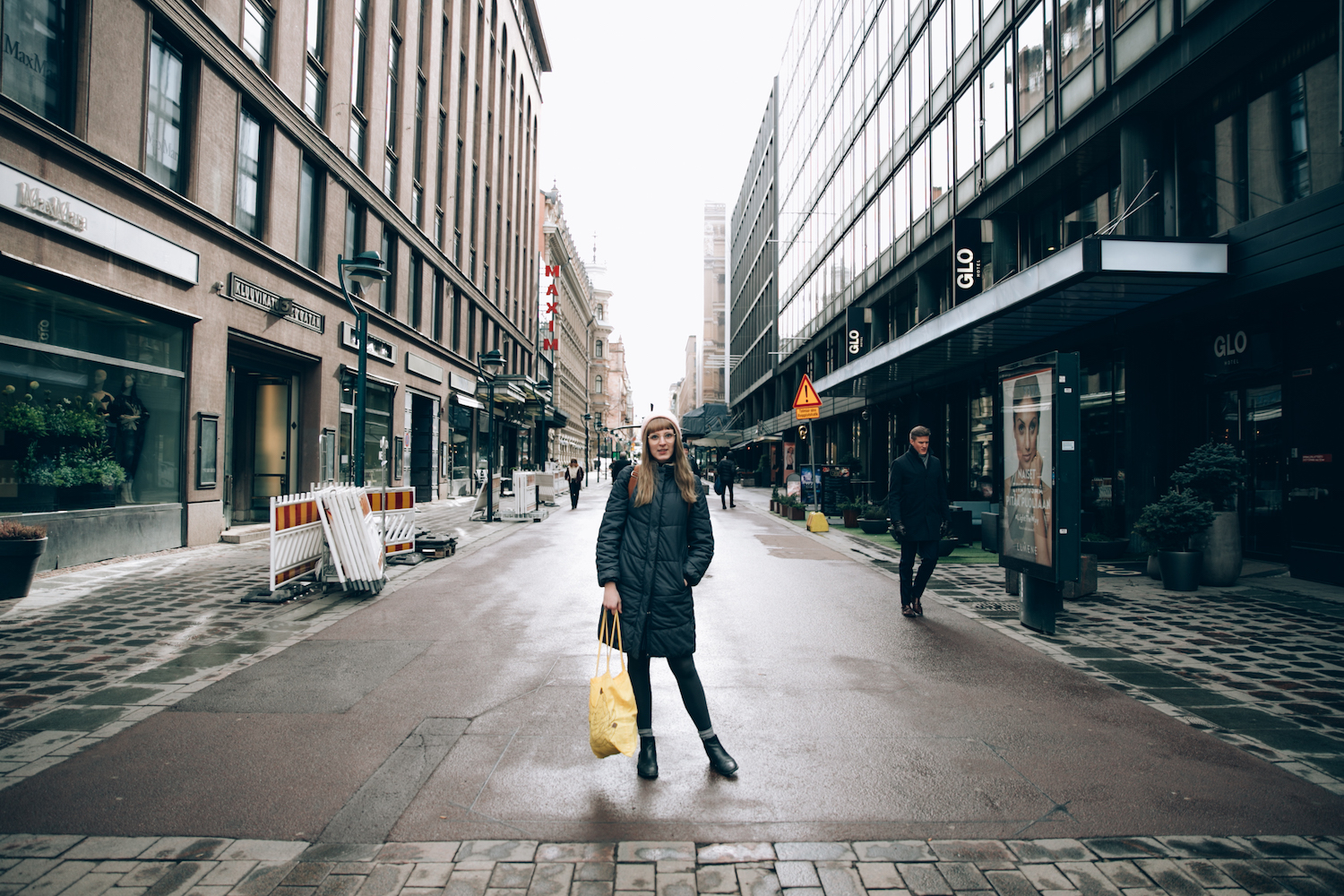 Finnish artist Emmi-Riikka has been on a journey of self-discovery that has taken her from Finland winters to the summery south of Spain, where the weather is beautiful and it feels like a holiday all year long. Starting a new career as an illustrator after initially working as a graphic designer, she submitted her work to agencies multiple times before ultimately being accepted for representation. Today she has made a life for herself as a freelancer, living out her dreams of being a full-time illustrator and traveling abroad.
“I have been drawing for as long as I can remember, probably like most artists,” she said. “I graduated in 2013 and that’s when I started getting more serious about wanting to do this drawing thing as more than just a hobby. It’s always been a big part of me and who I am, but after graduation I started to get more serious about it. I went to the University of Design in Finland where I studied graphic design. At first I was focused more on the graphic design part, thinking that maybe illustration will be too hard to make a living, so I did graphic design for like four years, with illustration on the side. After those years I started to feel like graphic design isn’t my thing after all, that the illustration part is stronger in me, and I really want to take the plunge and go for it and try to make it work.” 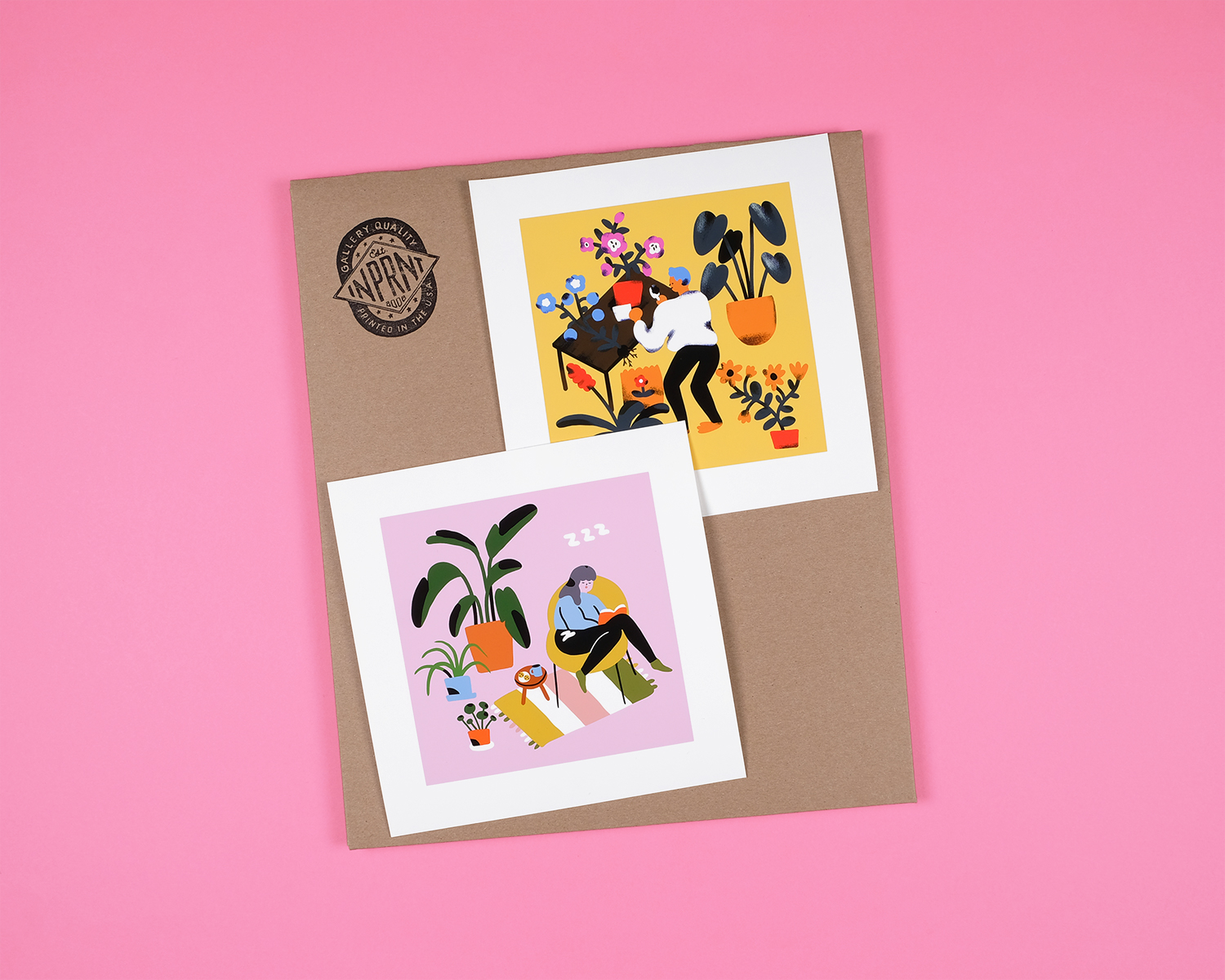 She began to build a portfolio and reach out to agents as she developed her unique style. “It has been a really long process for me,” she said. “I started experimenting with different mediums, like with traditional art markers, then with digital like Photoshop, and it was just this process of experimenting. Now finally I’m starting to feel like my style is starting to hone into something that feels like, yes, this is my thing. I’m starting now to get there, but it’s still a process I think.” Eventually she began to prefer digital mediums, especially working with vectors. “Currently I have gone fully digital and I’ve just completely fallen in love with vectoring. I just find that really fun because it’s really easy to make changes to the art, compared to traditional media where it’s hard to go back and change things.” 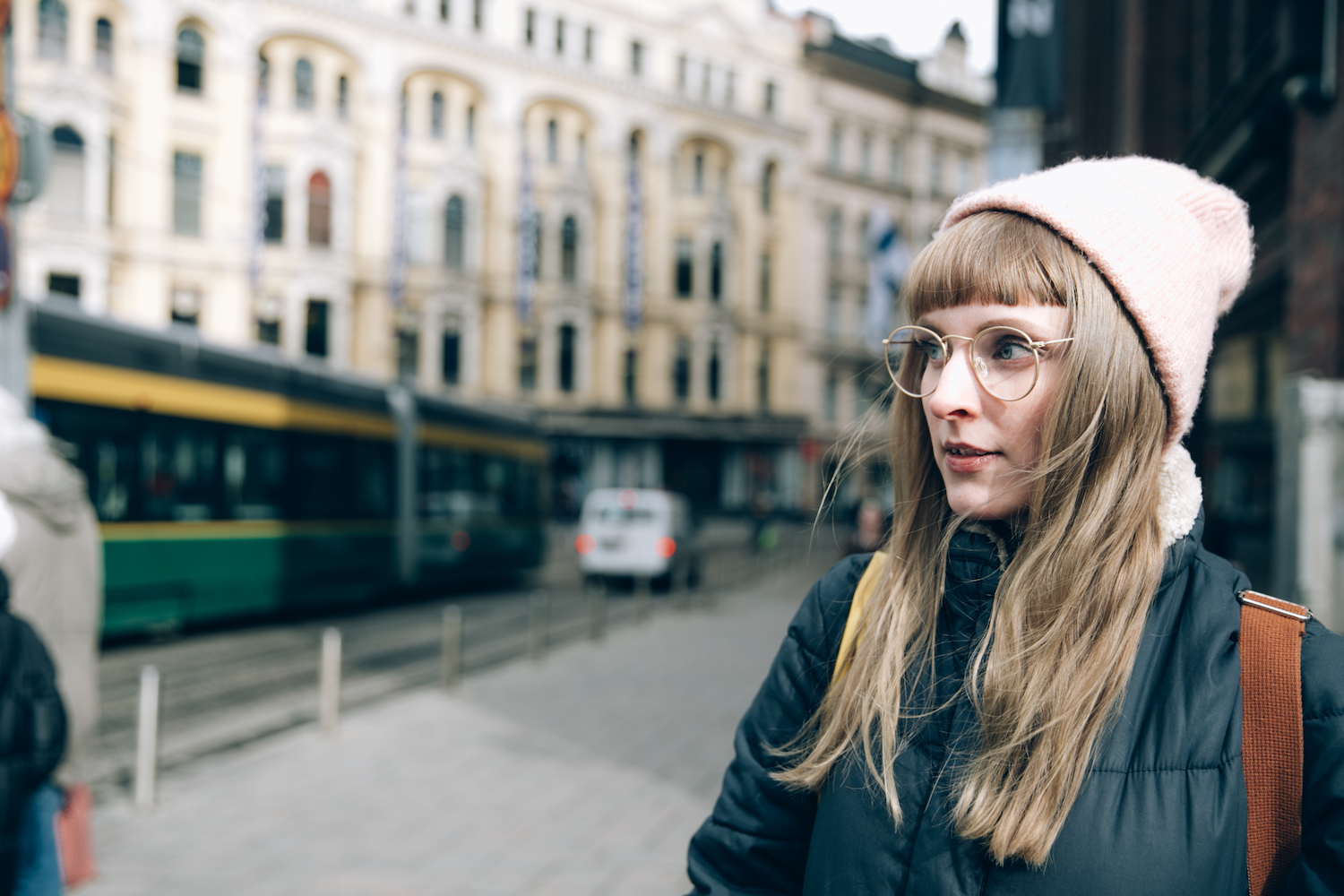 After years of hard work, now Emmi-Riikka is represented by the Napa Agency, which is known for representing Finland’s top illustrators. “I was still working full-time as a graphic designer when it became apparent that I needed to do illustration full-time. I started to slowly build a portfolio and then I started reaching out to agents that I was interested in. My agency had open calls, and I remember the second time I reached out to them, I got an interview. I tried a few times. In late 2017, I reached out to them again and they said yes and welcome, which was amazing! This was the agency I had been dreaming about for all those years and thinking maybe I could get in someday, and then I finally did and that gave me the courage to go fully into illustration. I’m super, super thankful and grateful for my agency, the Napa Agency, for giving me the opportunities they have given me. I would not be here without them.”
Being represented by an agency gave Emmi-Riikka the flexibility to work as a freelancer and the ability to move from Finland to Spain. “My partner and I started dreaming about trying to live in the south for a while. Finally last year with this possibility that we can both work from home, we thought that now is a good time to try and come here. I really love it here. Nerja is a really lovely town. It’s not too small and it’s not too big. The people are really nice and the weather is always great, which is awesome. The winter compared to Finland has made a huge difference, to not be in the cold and dark all winter. That can be really bad for motivation and inspiration. It feels like it was a good choice to come and try this.” 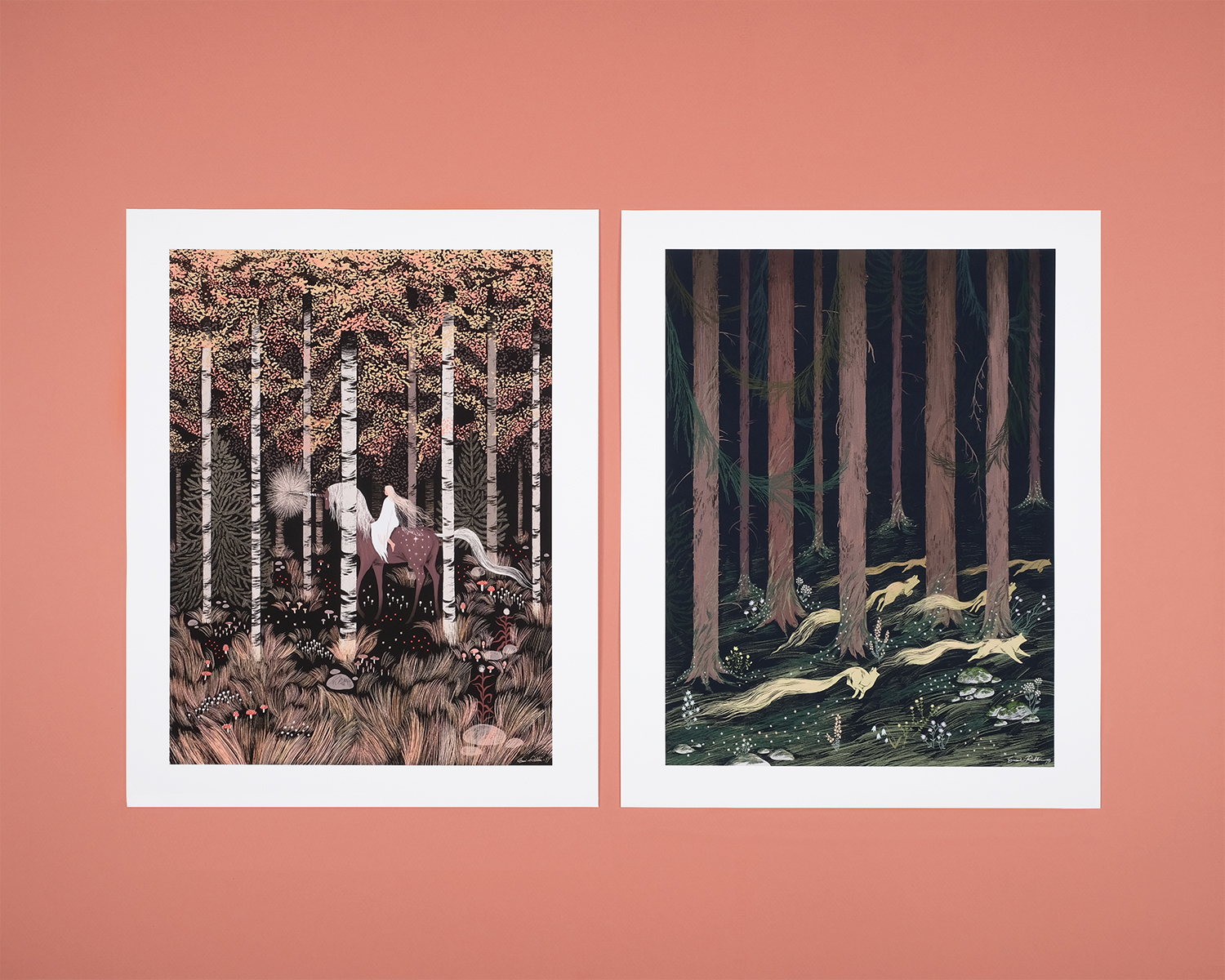 After an initial adjustment period and some homesickness, Emmi-Riikka established a routine in her new town. “I prefer to work in really quiet places, like maybe cafés that are not super busy, but mostly I prefer working on the balcony or at the kitchen table. I don’t have a super set routine since I’m a freelancer and I can set up my schedule around myself. Usually when I get up, I get on the computer and check emails and work quite flexibly. I take breaks if I need to go grocery shopping or do more pressing house things, and then I’ll work later in the evening or even at night. It feels like quite an inspirational time to draw really late at night. I’m starting to get more used to being in charge of my own schedule, but at first it felt quite difficult because there’s no outside pressure telling me now you have to work on this, and next you have to do this. It’s just been up to me. At first it felt like I was all over the place, especially working at home, thinking about dishes and laundry at the back of my mind. Now I feel like it has gotten easier. Allowing myself to be flexible has made it a lot easier also.” 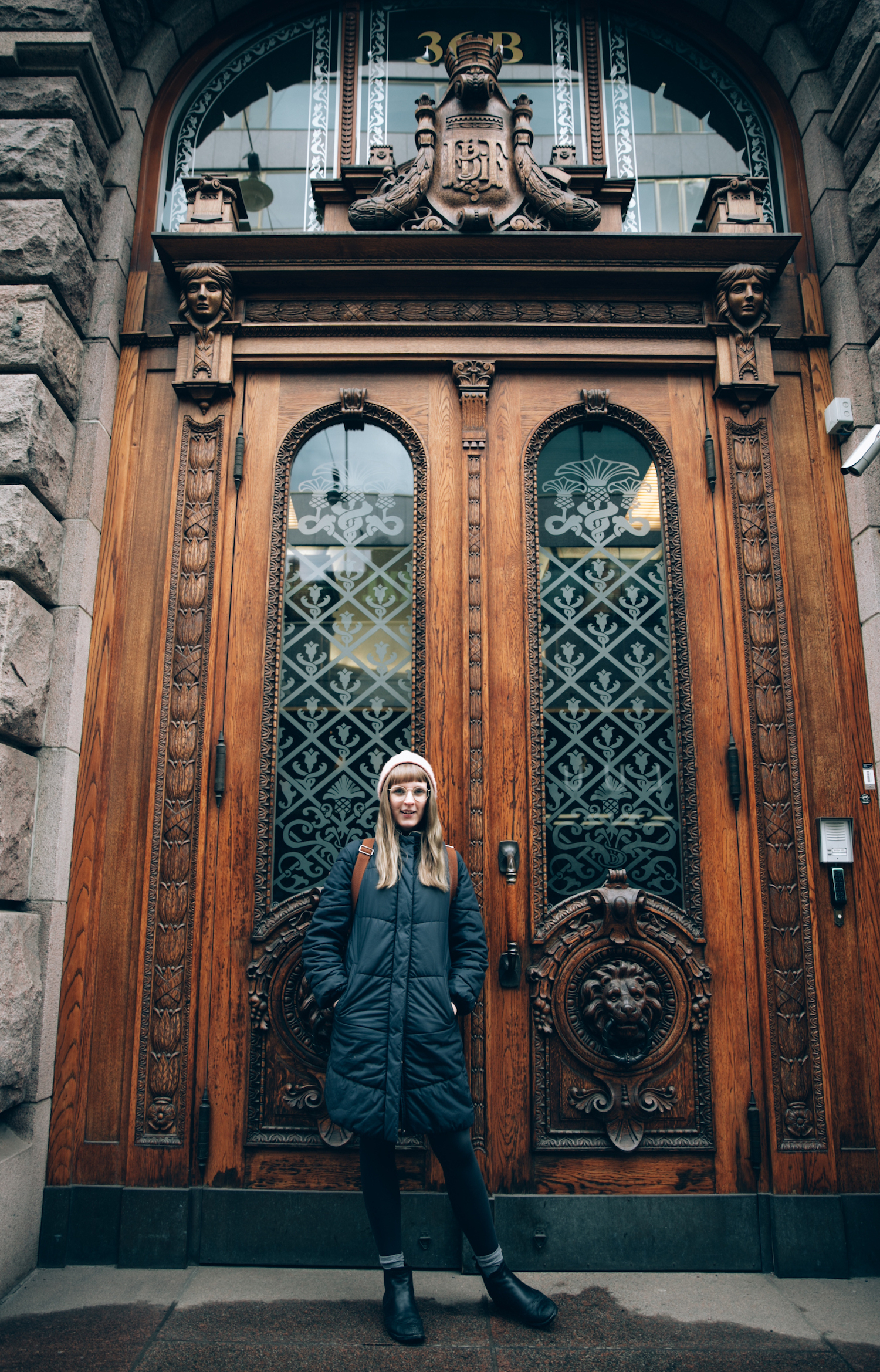 Emmi-Riikka is used to being independent. At the age of 15, she moved away from home to attend an art-focused high school and then went on to university. Nonetheless, moving to another country was a big adjustment. “It felt really weird to be far away from family and friends,” she said, “but in the end, it has turned out for the best, definitely.” Her piece Slide Into the Sea is about her experience. “I made this print a couple of months after coming to Spain. It has a mask floating there and a character on the right, and this background of a sea and sunshine. I guess it kind of stemmed from the adjusting period of moving to a different country and how it felt kind of lonely, and how I want to slip off this mask of how I thought it would be super easy to just come here and everything would be great. Of course there are always challenges to adjusting to a new place, especially with leaving your friends and family behind. I was thinking of those things a lot when I drew that and how I kind of want to be honest about how it felt to actually experience feelings of loneliness.” 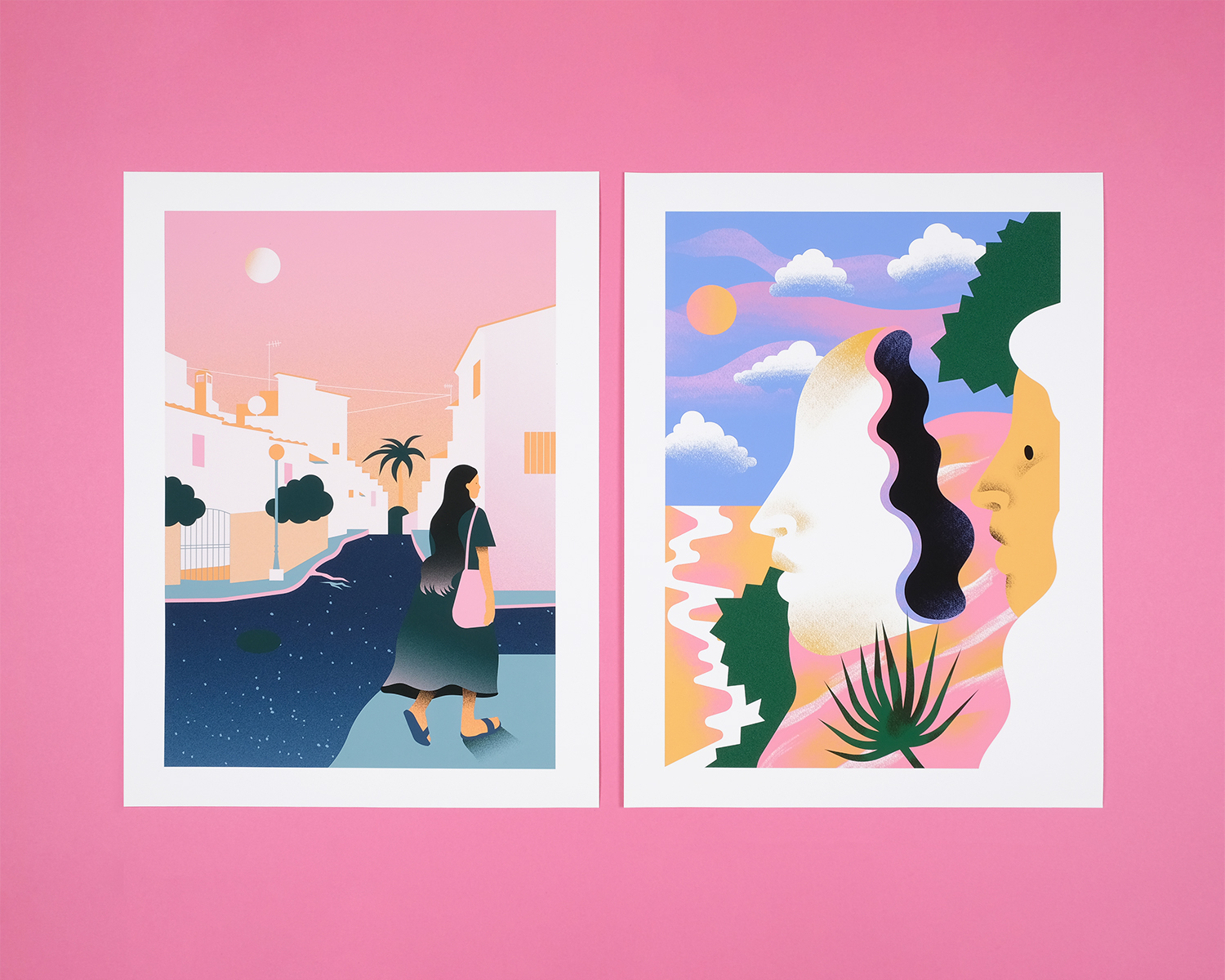 All of Emmi-Riikka’s prints are personal work created between various freelance projects she works on through the Napa Agency. Being able to make time for personal projects among other work is important to her, although the amount of time she can devote will vary depending on the rest of her workload. She makes it a priority these days after getting through one very busy period when she only had time for freelance assignments. “My prints are all my personal work. The amount of time I can spend on personal work varies a lot depending on how much client work I have. Just last month, I had a lot of time to do personal projects, but earlier in the year I had absolutely no time for personal projects. It was all client work 24/7. Now I try to draw something for myself, a little something that I really want to do, and have some balance there. It’s inspiring and really important.”
Her efforts have led to an exciting collection of personal pieces showcasing her style. With subjects ranging from cats and plants to dinosaurs and dragons, many of Emmi-Riikka’s works are playful, joyful expressions in bright colors and simple, organic shapes. “I like the flexibility and versatility of vector art. That really feels like it works great for me right now," she said. "Sometimes it’s hard to achieve the feeling that it has a human touch, so now I make textures by hand and add them to the digital art. I use a tablet 80% of the time, and I also have this touch screen computer where I can draw directly on the screen.” 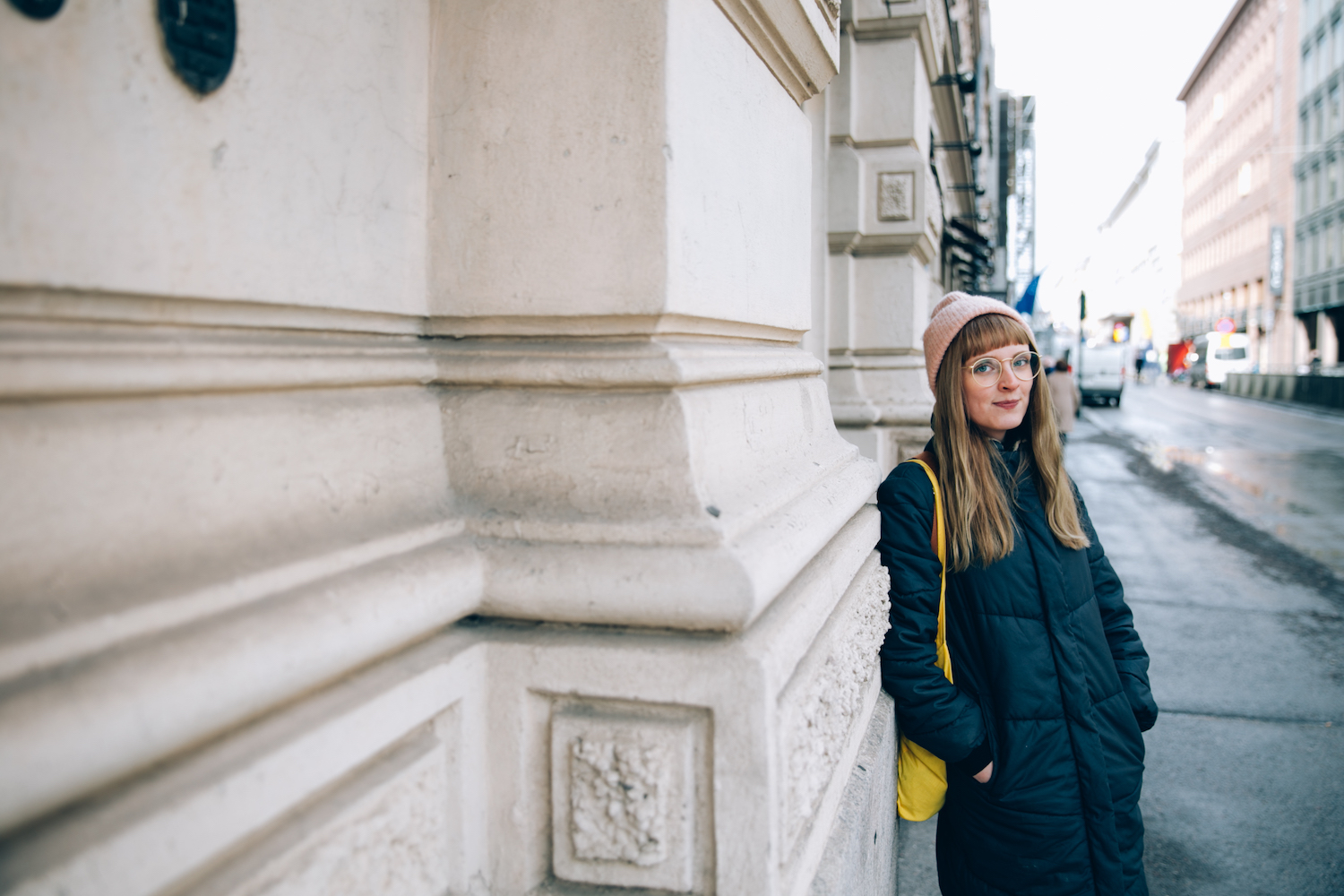 She often selects subjects based on how enjoyable it is to draw them, taking inspiration from their shape or mood. “Plants are a popular subject to draw, and I think the organic shapes look really nice. A lot of mythological creatures have cool shapes to them, too, like a dragon with interesting coiling shapes and nice details that are fun to draw. I very much like to draw animals and creatures, but I have also drawn a lot of human characters, like my piece Mirror. The print is from 2013 but I still really, really like it. It’s kind of casual, but with a subtle creepy element to it. It’s like a thing in the Japanese horror comics I used to read. I wanted to have a similar appearance in an illustration.”
Emmi-Riikka shares her work online and sells prints at INPRNT. “My online presence is definitely really important to me. I post a lot of work through social media and I try to be really active there. It’s super great to be able to talk with other artists. The more you reach out, that’s how you get engagement,” she said. “I’m really glad to be a part of INPRNT. It has been a while now! I think I saw some other artists post about prints that they had at INPRNT and I got curious, like what is this? This sounds like something that could work for me. That’s how I came to know INPRNT. It’s really convenient, it’s great.” 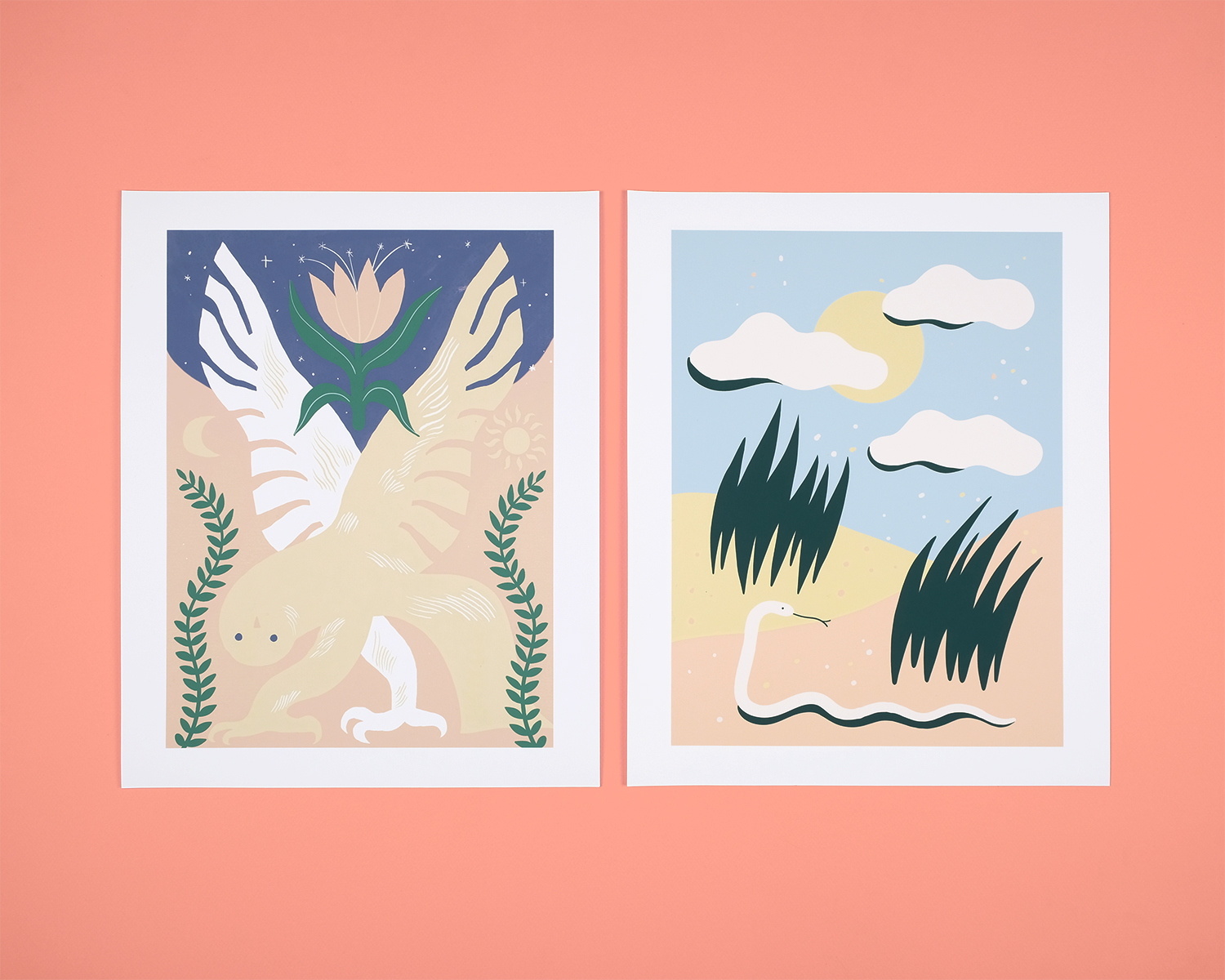 When she is not working, Emmi-Riikka takes time to relax with her favorite hobbies. “I like cooking and I love food, just enjoying food and cooking good food, and putting time into making nice meals. In Spain it’s especially great because there is a lot of fresh produce and vegetables. I also enjoy reading and I love walking. I try to go for walks every day. It’s important and helps with the illustration part to take good proper breaks from it and get a breath of fresh air every now and then. It helps to clear your mind and put a bit of distance and perspective between things.”
When she gets back to work, Emmi-Riikka feels refreshed and motivated. She loves what she does and appreciates the impact she can have on people who view her illustrations. “It’s great to be able to make art that is important to you and support yourself with the thing that you love doing the most. That is definitely the best part about being an illustrator. And being able to make art that can give people feelings, like positive emotions, that is really great.”