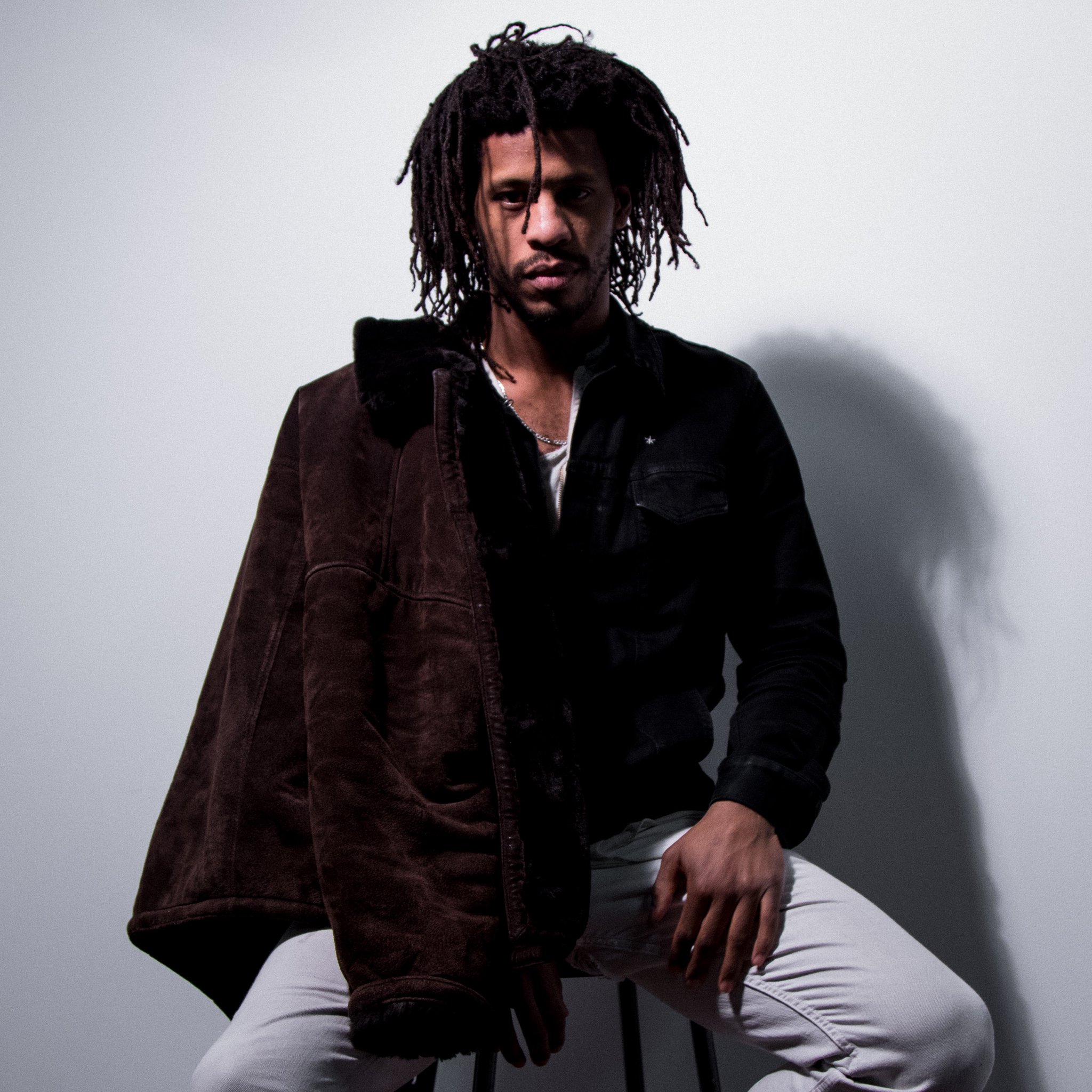 Multidimensional performer and visual artist Dom Wise sees the world as a utopia. His positive outlook is both the message and the muse behind everything he does creatively. “I use that word, utopia, a lot in my art, whether it’s my photography or my music. I like to capture the world as I see it and that’s why my pictures are all bright and high-contrast. In my mind, it’s kind of like a wonderland,” he said. Besides making music, Dom is also a photographer who works both digitally and with film.

He started out as a kid in Boston using whatever he could find to take pictures, like old cell phones. In 2014, he started to take photography more seriously. Today he uses a Canon 7D Mark II and some film cameras too, like a T70 and an old Polaroid. He prefers digital for gigs and photo shoots, and he likes to use film for special occasions like birthdays and holidays. “I feel like film is more of a ‘real’ feeling, like it has texture. It kind of brings it back to a classic style,” he said. 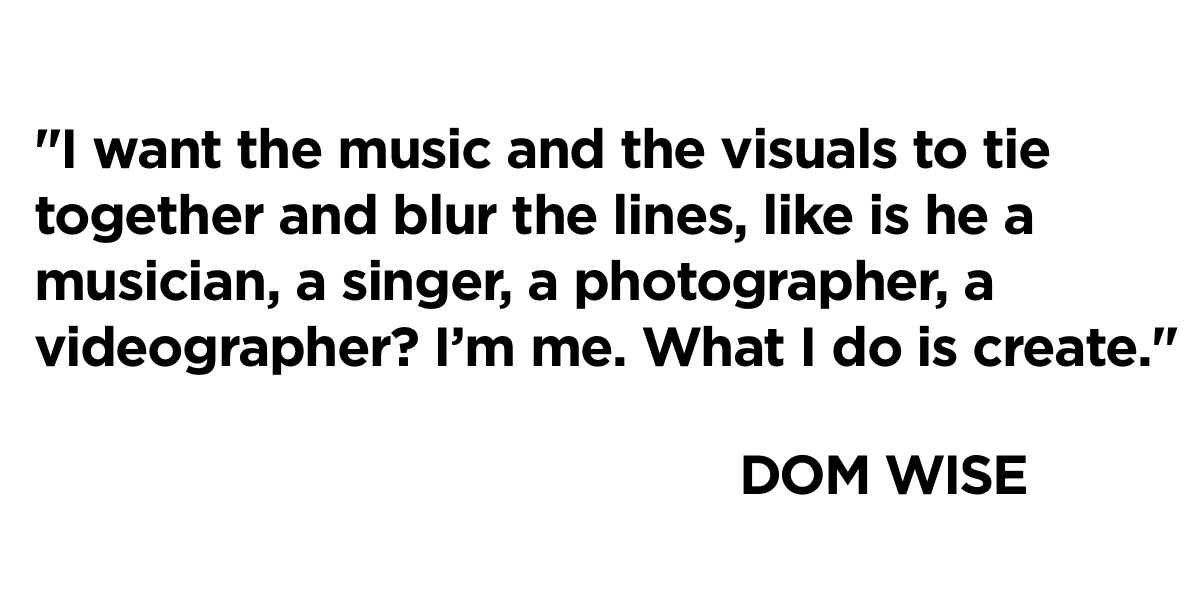 Dom still lives in Boston as an adult, but much of his photography documents his travels. As he grows in his artistic career, he hopes to continue to explore new places. “When I was growing up I was always poor, never had money, never went on vacation until I could afford it myself, so seeing the world is a big influence for me,” he said. “Being a photographer and musician, I want to create this kind of cyclical pattern where I travel, get influenced, create, put that together, distribute it, go on tour, and then while I’m on tour, get inspired and create again and just keep going in a circle. Performing live is amazing, I love it. I love the energy, the people, I love reiterating the songs in a different way so people get what they don’t expect.” 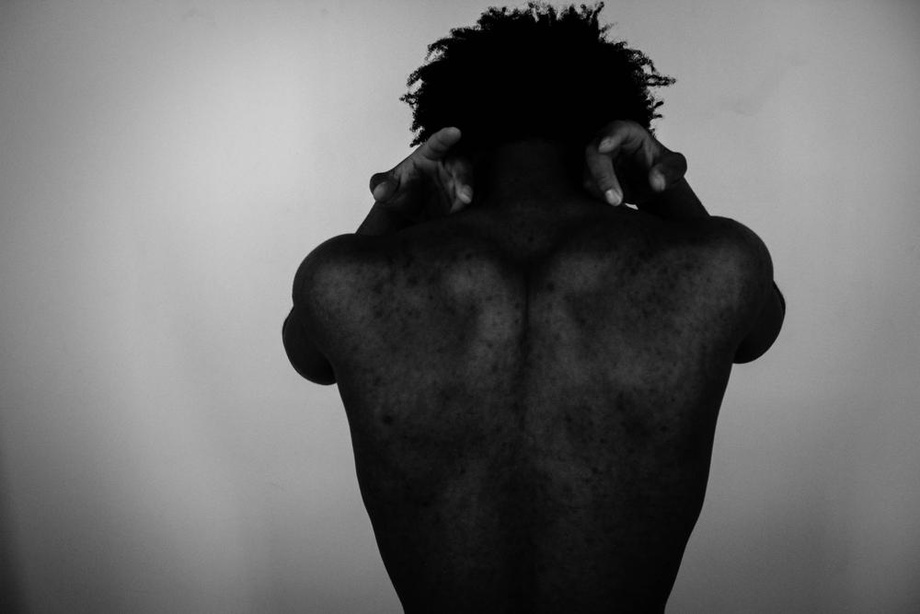 He has a passion for creating large-scale projects that incorporate all of his talents. “I want the music and the visuals to tie together and blur the lines, like is he a musician, a singer, a photographer, a videographer? I’m me. What I do is create. I’m always on. I want to be seen as an artist. It’s like the full spectrum of everything I need to do so that it’s a full package,” he said. “It’s kind of like a contribution. I want my music to be listened to 100 years from now. I want to inspire people.”

Fortunately for Dom, inspiration comes easily to him. He takes nothing for granted and has a deep appreciation of the world around him. “Everything inspires me. It’s fun to experiment. The best part is seeing what I’ve had in my mind come to life in this utopia,” he said. “This world is Utopia—I don’t care what anyone else says. This is it. There is nowhere else to go that we know of. Every definition that we have of a utopia is this place, and it’s being messed up because of climate change, because of plastic in the water. We have to take care of it, and we have to take care of each other. If you’re always being positive and giving out positive energy and treating people well, you get showered with all the good that you put out. It’s beautiful.” 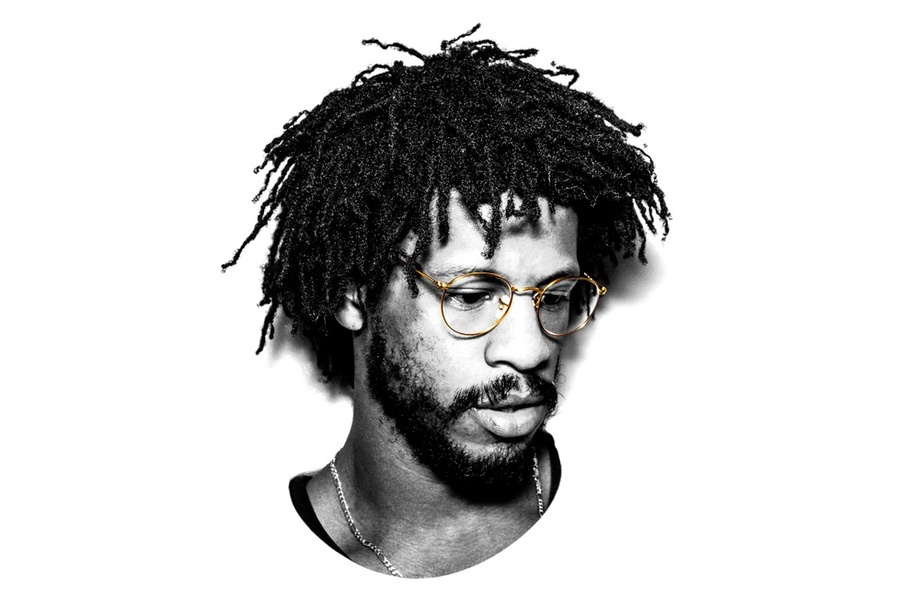 Some of Dom’s work involves collaborations with other people, like the models featured in his photography. He meets them at events around the city or online through social media. “I love the models who know exactly what to do. It’s like snap, pose, snap, pose, snap, pose. Like the picture of Rebecca in the pink background, it’s on my INPRNT profile, the one that I got into Vogue Italia. That shoot was 30 seconds long. We were at an art event and there were these installations with pink curtains and a pink phone. She had some pink hair and a pink jacket, and I was like, Rebecca, come here! She comes, picks up the phone, I snap four photos and each one was a different pose, and that was it. I sent it to Vogue Italia and they published it online. It can be something like that or a long planned shoot, but I love candid, impromptu shoots the most.” 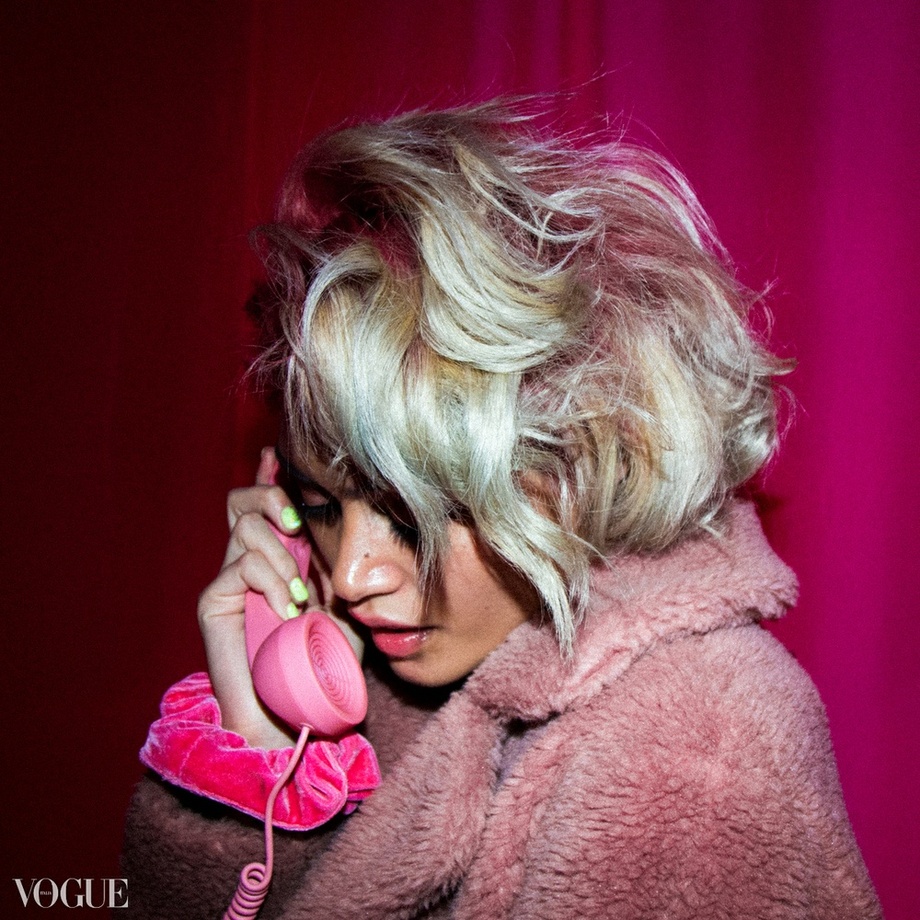 He has found many friends and creative connections in Boston. “The scene here is really good. I’ve met photographers, videographers, musicians, painters,” he said. He met most of his friends there around 2011 and is still spending time with them working on creative projects today. He also likes to travel to other cities, like Los Angeles, to collaborate on projects with other artists. Sometimes he makes new friends online and they invite each other to collaborate. “I’ve been in LA for a few weeks, a couple weeks, a month on different trips. Every time I go it’s different, I meet new people and have different things to do,” he said. “I found INPRNT through another photographer out there, and I love the quality of the prints.”

Dom also appreciates how platforms like INPRNT encourage and inspire artists. “There needs to be more creative platforms and outlets for people. I feel like they don’t teach kids art anymore in schools, so kids don’t have a way to cultivate a passion that they may have,” he said. “I haven’t always been a full time artist, but if I really want to do it then I have to just do it. For me, if you want to be successful in what you do, then you have to do it all day long. You have to live that role. I’m an artist, so I’m going to be an artist all day and work towards my goals, which is to have freedom to be an artist. There’s nothing else to do in this life. We’re here for a reason. Everybody has a passion, it’s just about finding that passion and working towards it.”

This wasn’t always the way Dom felt. He said that he struggled a lot when he was younger. “For me growing up, I was very negative and pessimistic and complained a lot and was just like anxious all the time, but I got through it and now I see the world differently,” he said. “Life can be fun and beautiful. When I was a kid, I would think to myself that suicide is an option, like do I have to live here? But I would never do that now. If you don’t already see the world as beautiful, then make it beautiful. Sometimes I feel good and sometimes I don’t, but you can either spiral up or you can spiral down. Spiral up! It can take a bit of time, you’re going to be working against something for a bit, but that spiral is going to open up.” 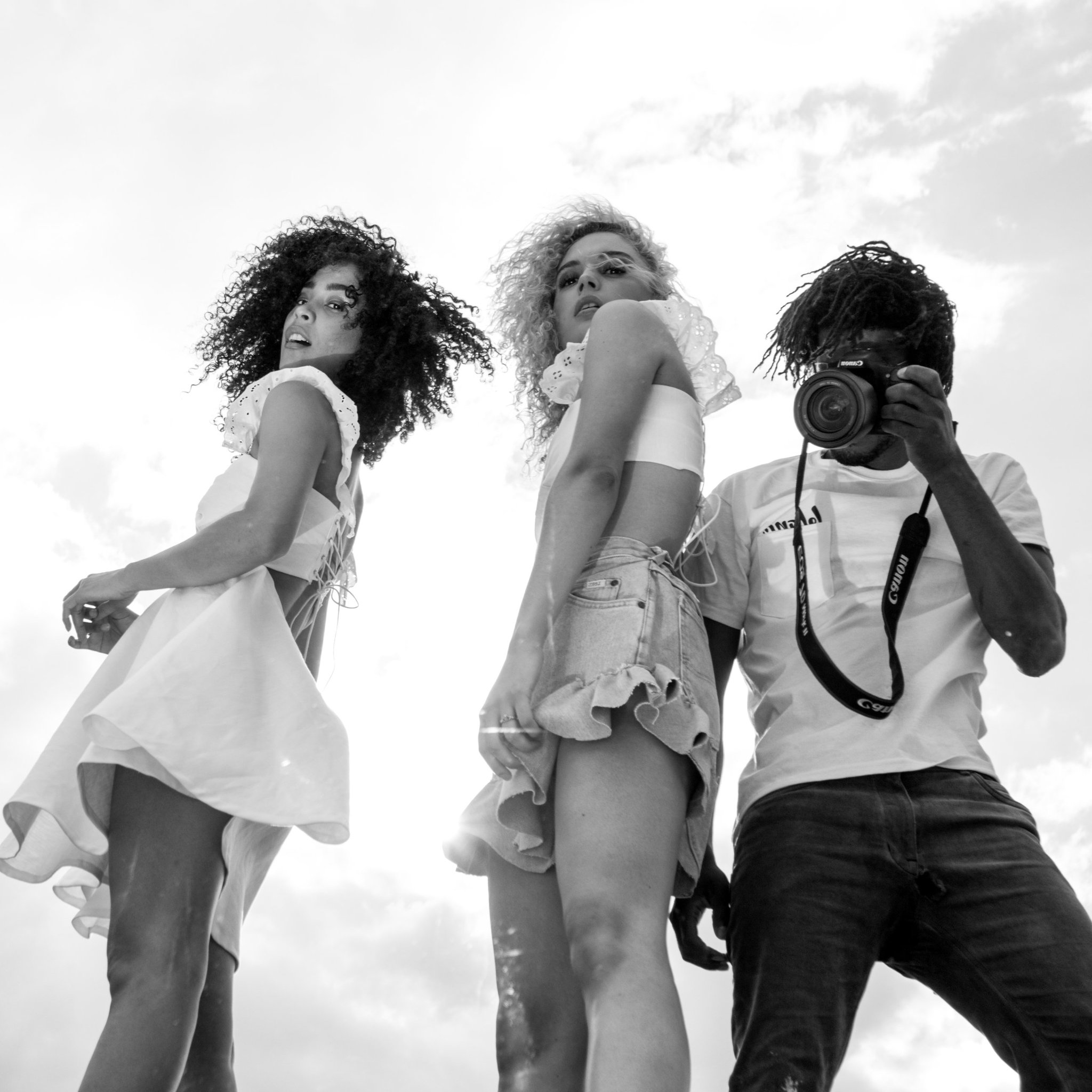 Dom credits his family with helping him along the way. His mother raised Dom and his siblings on her own. “She’s been working her whole life for us,” he said. Dom also has a special relationship with his sister, who helped take care of him. “My sister kind of guided me in life, showing me what’s wrong and what’s right. She actually bought me my first microphone for music.” His family has encouraged him to work toward his goals, but he wanted to share some advice for artists who don't receive the same level of support. “If you feel passionate about something and people are trying to sway you away from it, don’t give up. It might be tough, but stick to whatever you want to do. I’ve learned that clichés are the most beautiful things to know, because they’re true! Like never give up, anything is possible. That’s all true.”

Part of sticking to it is having patience. “Nowadays in the society that we live in, with the internet and high-speed everything, people are used to instant gratification. But that not the way things are. You’ve got to be patient,” said Dom. He keeps steadily working to reach new milestones in art and music, and when he’s not busy with a project, Dom enjoys time with friends. It’s an opportunity to rest and recharge, as well as become inspired for his next endeavor. “When my friends and I are not creating, we’re probably relaxing. Listening to music, going out to the museum, going out to eat. We’ll probably just go to the city and walk around and meet people and create opportunities. My mind is always focused on creating, or getting inspired in another way. I think a lot about the future. I kind of let that inspire me and not scare me.” 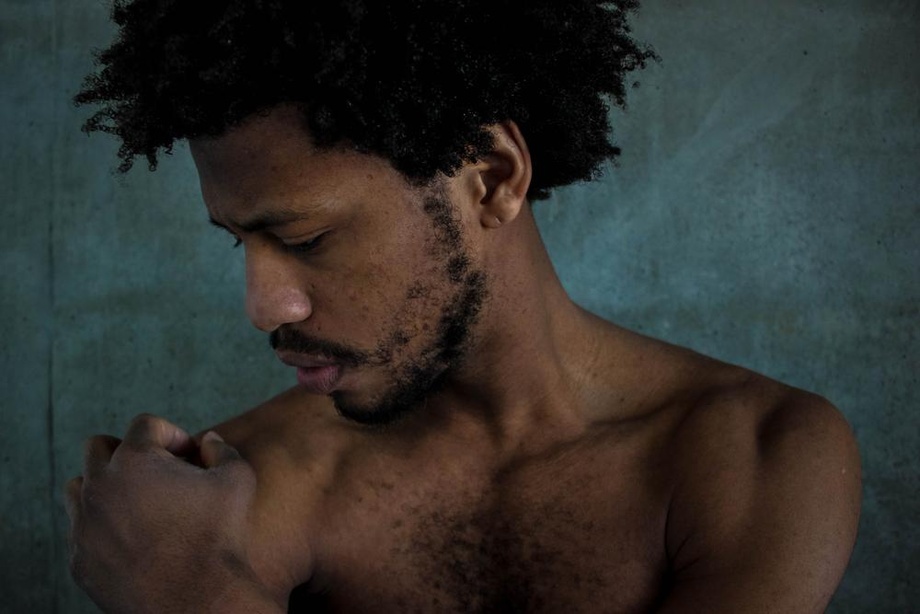 The future looks bright for Dom, whose positivity and eye for beauty have led him to experience the world as an exciting place full of adventure and potential. As an artist with multiple fields of interest, he enjoys it when people discover one aspect of his work, only to find out later that he also has other talents. “Music is like my lifelong aspiration, but photography kind of supplements it in a way, just to be more creative. I love that people are like, oh, you’re a musician! They might know me for music, then they find out that I do photography and they’re like, oh my God, this is beautiful, and vice versa,” he said. “It’s fun to surprise people with those abilities and I would like to learn even more. Knowledge is power.”